Links to podcasts and interviews featuring Avner, including a 1986 appearance on Fresh Air with Terry Gross. I laughed for two solid hours. The show
only lasted an hour and a half.
—Joel Siegel,  ABC-TV

Avner Eisenberg in Exceptions to Gravity is a reminder of the theatrical power that can reside in a single charismatic performer who touches the heart.
—Patriot Ledger

Hilarious, take no prisoners comedy.
—New York
(In the unlikely event that prisoners are taken, they will be accorded full protection under the Geneva Convention.)

“I learned more from your class than most of the workshops and classes I have taken in the past five years combined!”
—Student, winter workshop

Julie Goell’s book, Life in a Clown House: A Manual and a Memoir, is available directly from Avner and as a Kindle e-book. 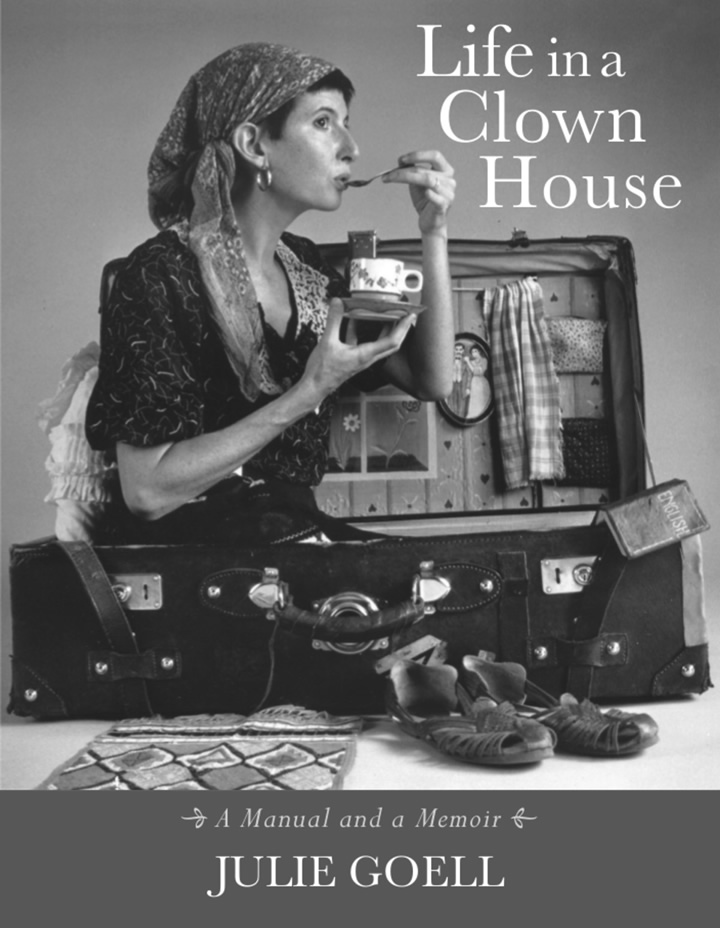 Remember the Michael Douglas, Kathleen Turner film, The Jewel of the Nile? Avner played the Jewel.

Read the reviews and see where Avner has performed worldwide

Avner is eligible for New England Foundation for the Arts (NEFA) funding. See his page on CreativeGround.org